Track head orientation by fusing data received from an IMU, and then control the direction of arrival of a sound source by applying head-related transfer functions (HRTF).

This example shows how to align and preprocess logged sensor data. This allows the fusion filters to perform orientation estimation as expected. The logged data was collected from an accelerometer and a gyroscope mounted on a ground vehicle.

This example shows how to use spherical linear interpolation (SLERP) to create sequences of quaternions and lowpass filter noisy trajectories. SLERP is a commonly used computer graphics technique for creating animations of a rotating object.

This example shows how you might fuse sensors at different rates to estimate pose. Accelerometer, gyroscope, magnetometer and GPS are used to determine orientation and position of a vehicle moving along a circular path. You can use controls on the figure window to vary sensor rates and experiment with sensor dropout while seeing the effect on the estimated pose.

Estimate Orientation with a Complementary Filter and IMU Data

This example shows how to stream IMU data from an Arduino and estimate orientation using a complementary filter.

This example shows how to get data from an InvenSense MPU-9250 IMU sensor, and to use the 6-axis and 9-axis fusion algorithms in the sensor data to compute orientation of the device.

This example shows how to get data from a Bosch BNO055 IMU sensor through an HC-05 Bluetooth® module, and to use the 9-axis AHRS fusion algorithm on the sensor data to compute orientation of the device. The example creates a figure which gets updated as you move the device.

Use the tune function to optimize the noise parameters of several fusion filters, including the ahrsfilter object. This example shows how to custom a cost function for various optimization goals.

This example demonstrates an application of the Monte Carlo Localization (MCL) algorithm on TurtleBot® in simulated Gazebo® environment.

Compose a Series of Laser Scans with Pose Changes

This example shows how to use an inertial measurement unit (IMU) to minimize the search range of the rotation angle for scan matching algorithms. IMU sensor readings are used to estimate the orientation of the vehicle, and specified as the initial guess for the matchScansGrid function. This method of initial pose estimation is compared to the base algorithm with assumes an initial guess of [0 0 0].

This example shows how to reduce the drift in the estimated trajectory (location and orientation) of a monocular camera using 3-D pose graph optimization. Visual odometry estimates the current global pose of the camera (current frame). Because of poor matching or errors in 3-D point triangulation, robot trajectories often tends to drift from the ground truth. Loop closure detection and pose graph optimization reduce this drift and correct for errors.

How you might build an IMU + GPS fusion algorithm suitable for unmanned aerial vehicles (UAVs) or quadcopters.

Estimate Position and Orientation of a Ground Vehicle

Estimate the position and orientation of ground vehicles by fusing data from an inertial measurement unit (IMU) and a global positioning system (GPS) receiver.

Fuse data from a 3-axis accelerometer, 3-axis gyroscope, 3-axis magnetometer (together commonly referred to as a MARG sensor for Magnetic, Angular Rate, and Gravity), and 1-axis altimeter to estimate orientation and height.

Estimate the pose (position and orientation) of a ground vehicle using an inertial measurement unit (IMU) and a monocular camera. In this example, you:

Combine robot odometry data and observed fiducial markers called AprilTags to better estimate the robot trajectory and the landmark positions in the environment.

Automatic Tuning of the insfilterAsync Filter

The insfilterAsync object is a complex extended Kalman filter that estimates the device pose. However, manually tuning the filter or finding the optimal values for the noise parameters can be a challenging task. This example illustrates how to use the tune function to optimize the filter noise parameters. 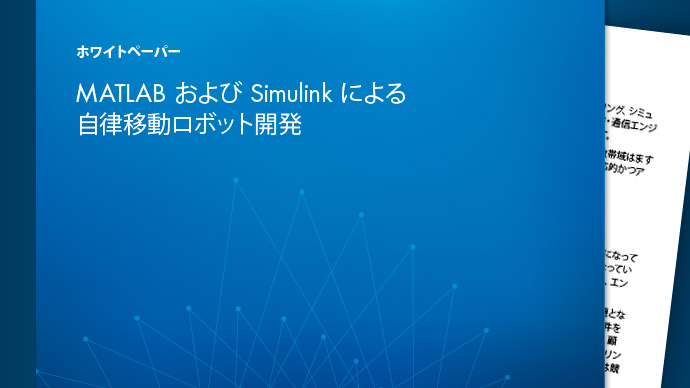