Generating LTE waveforms can require a deep understanding of the LTE standard, as well as many years of effort.

LTE System Toolbox™ lets you generate waveforms easily. You can then use these waveforms for many purposes, including validating an RF component on a realistic LTE waveform, assessing the impact of an LTE interferer on another wireless system (or the opposite), or testing the correctness of your LTE receiver on a flexible, synthesized LTE waveform. LTE System Toolbox offers complete control of LTE waveform generation, including standard-compliant reference measurement channels (RMCs) and fixed reference channels (FRCs), uplink and downlink [1] Annex A.3 and [2] Annex A, and downlink E-TM test models [3] Section 6.1.

This example shows how to generate LTE waveforms such as RMCs for uplink and downlink, as well as test model waveforms (E-TM) interactively or with simple MATLAB® code. We also visualize characteristics of the generated signals in the time and frequency domain.

3GPP defines many standard-compliant reference signals (RMC, FRC and E-TM). Refer to TS 36.101, Annex A [1] for more detail on RMCs.

Selecting the LTE Downlink RMC Generator Application Tool or typing the function lteRMCDLTool at the MATLAB prompt launches a parameter-driven tool for generation of the RMC waveforms.

We can select one of the supported RMCs, such as ‘R.13’ in Figure 1, and further configure some of the parameters. 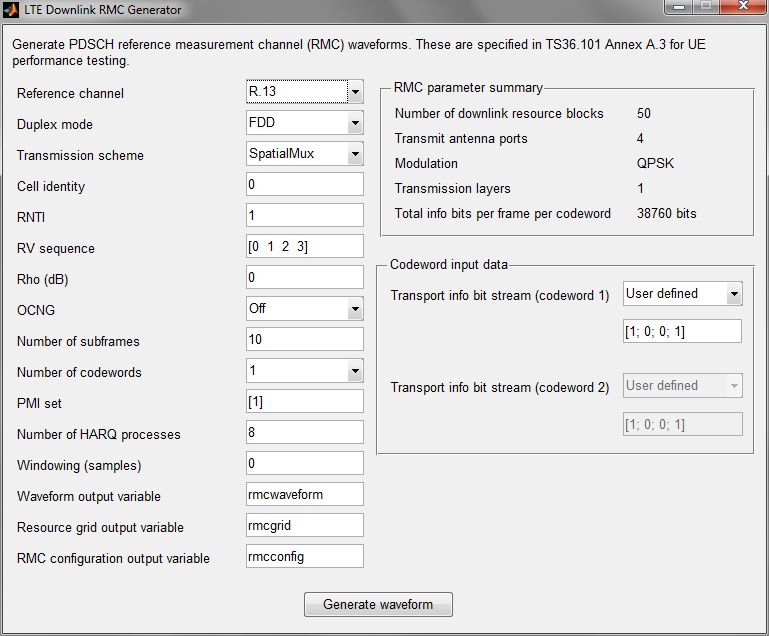 Figure 1. Select one of the supported RMCs from the LTE Downlink RMC Generator.

When we select an RMC, all the parameters are set up as defined in 3GPP TS 36.101 [1] Annex A.3. For R.13, the number of resource blocks is set to 50, the number of antennas to 4, and so forth. We can then generate the standard-compliant waveform simply by clicking Generate waveform.

Figure 2 shows the real part of subframes 0 through 9 of the R.13 I/Q waveform. Note the following features: 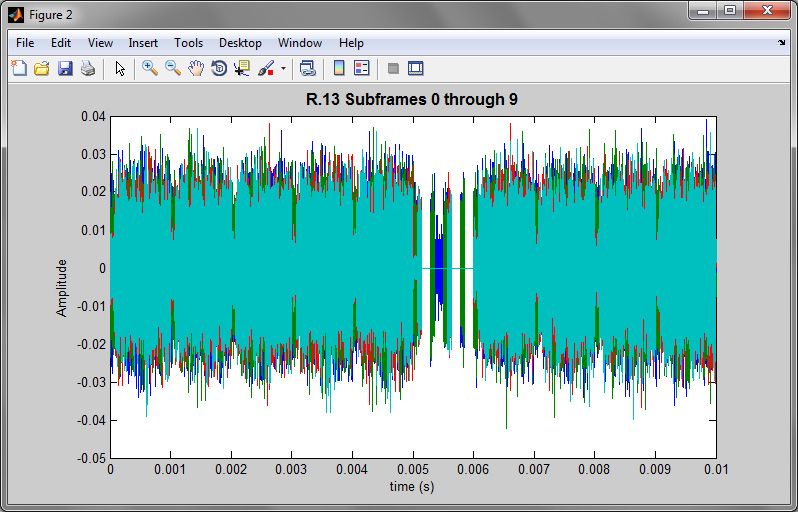 Figure 3 shows that the 50 resource blocks allocated for R.13 correspond to a 10 MHz signal bandwidth. 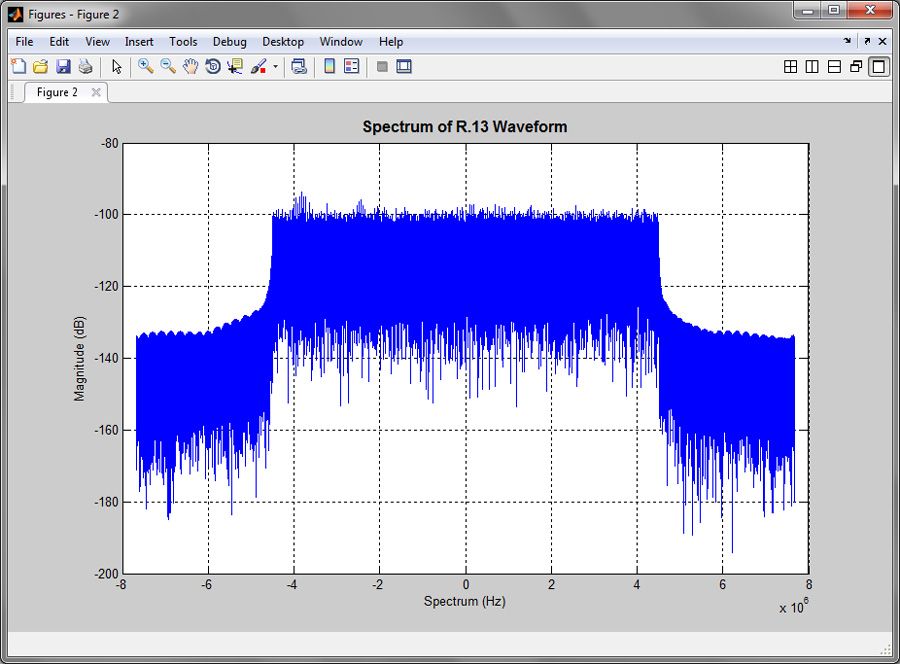 In Figure 4 we see the absolute value of the grid for antenna port 0. A few distinctive features are that:

The following three lines of MATLAB code generate exactly the same signal directly—without using the application. This code provides an efficient way to further tailor the waveform and to automate the generation of a large number of such waveforms.

LTE System Toolbox supports generation of uplink reference signals in much the same way as RMCs, using the lteRMCULTool application and function.

RMCs and FRCs are useful signals for investigating the throughput of an LTE system [1] section 8 and [2] section 8. These waveforms include a single user that typically occupies the whole bandwidth.

However, testing transmitter performance requires more dynamic signals, such as E-TMs [3] section 6. In those channels, the resource allocation for a user (PDSCH) changes with every subframe, and there can be several users (PDSCHs) transmitting at the same time.

LTE System Toolbox lets us easily generate E-TM models with lteTestModelTool. Similarly to RMC and FRC waveform generation above, an interactive application (Figure 5) and a function are available, offering the choice between a few mouse clicks and very few lines of MATLAB code. 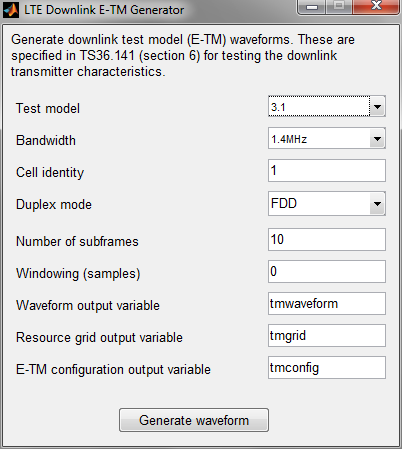 Whether generated from the interactive application or the equivalent command-line MATLAB code, those waveforms enable thorough testing of LTE components and systems on realistic LTE signals.

One of the key benefits, in addition to the out-of-the-box compliance, is that no LTE expertise is required to generate such waveforms. This means that non-LTE experts now have the ability to validate the suitability of their design for LTE without the need for a costly time investment in the details of the LTE standard.