Use Model-Based Design to model and simulate the drivetrain, create a prototype controller, and generate production code

“The ability to rapidly iterate on the design using Simulink was a big advantage for us. We could change parameter values as someone was riding, have them tell us if the change improved the responsiveness of the bike, and then generate plots to see the parameter values that produce a good feel on the bike.” 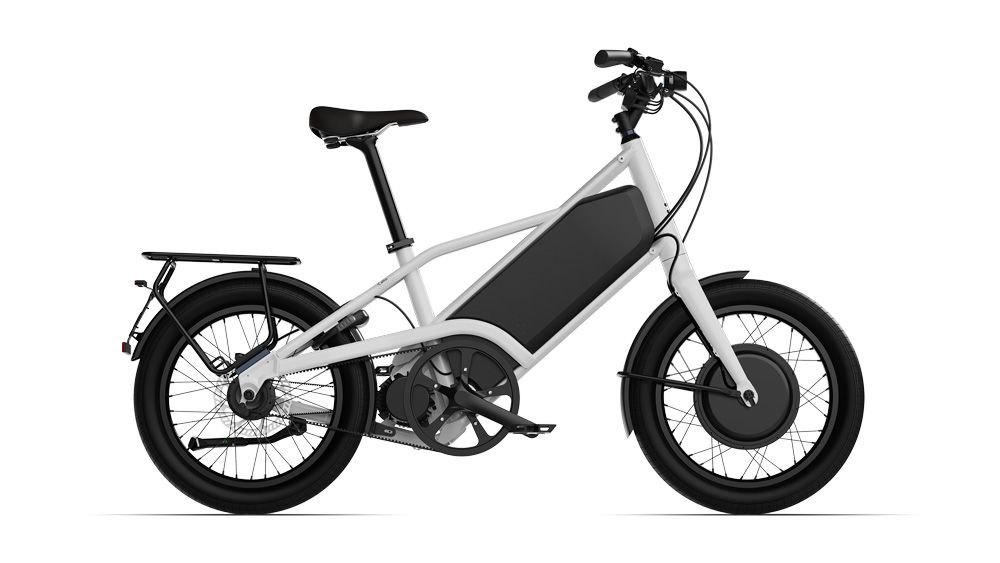 Although sales of electric bicycles (e-bikes) have grown steadily for the past several years, everyday commuters have yet to widely embrace e-bikes as a practical alternative to the automobile. Many e-bikes are designed for experienced cyclists skilled at the nuances of riding, such as keeping their eyes on the road while shifting gears. Few are designed for the less experienced riders who make up the mass market.

At Ellio, a start-up headquartered in Belgium, engineers have created a two-wheel drive e-bike with an automatic gear system that makes it easy for riders of all abilities to precisely control their speed. To accelerate the development of the e-bike, Ellio engineers used Model-Based Design with MATLAB® and Simulink® to model and simulate the e-bike’s control software and its innovative drivetrain design, which was based on drivetrains found in hybrid automobiles.

“For us, the greatest benefit of Model-Based Design is that we never have to do anything twice,” says Jorrit Heidbuchel, cofounder of Ellio. “Because we can simulate the complete drivetrain and controller in Simulink, we are able to go from a model to a working prototype in a single day. The prototype worked the first time, and although we continue to improve the controller, we’ve needed no major design iterations.”

Among the most significant challenges the engineers faced in designing the fully automatic drivetrain was implementing an impedance control system that accounts for—and responds to—the force that the cyclist applies to the e-bike’s pedals. The engineers recognized that while it would be possible to model the steady-state behavior of the drivetrain, a qualitative assessment of how shifting, braking, and acceleration would feel to a cyclist is difficult to obtain from simulation. Because such an assessment would be most effective on the e-bike itself, the engineers wanted to develop an initial prototype quickly and then adjust control parameters on the fly while the e-bike was in operation.

Another factor driving the need for rapid development was the company’s entry into the market as a startup. With a small team and limited seed funding, the company wanted to have a first prototype ready to show investors in six months. Because lengthy delays or significant redesigns put the entire effort at risk, the team wanted to have a clear path—with minimal manual coding—from the model they used for design verification to production deployment.

Working in Simulink, Ellio engineers developed models of the e-bike’s drivetrain, the e-bike controller, and a human cyclist.

The team used a MATLAB Function block to model the load on the e-bike due to aerodynamic resistance and the slope of the road.

They used a combination of Simulink blocks and MATLAB code to implement the impedance control algorithm, which generates target torque values for the motors based on rotation rates and measured torque values from the drivetrain model.

The engineers ran closed-loop simulations with a system model that included the controller, cyclist, and drivetrain models. They used these simulations to evaluate different gear ratios and tune control parameters to improve performance.

After they had validated the controller design via simulation, the team used Simulink Coder™ to generate code from the controller model. To create the e-bike’s first controller prototype, they compiled and deployed this code on a Raspberry Pi™ processor, which communicates with the electric motors via an SPI interface.

They continued to improve controller performance by conducting test rides with this prototype and iteratively adjusting control parameters in Simulink based on how the e-bike felt and responded to the rider.