Regarding sldiagnostics function usage and results

Deep Shah 2021 年 6 月 25 日
⋮
コメント済み: Deep Shah 2021 年 7 月 6 日
採用された回答: Monika Jaskolka
I wanted to know the number of blocks by category present in my model. I used the following command to generate a report myReport = sldiagnostics('model_mdl', 'CountBlocks') then in order to know the paths for all the Selector blocks I used the following command find_system(gcs,'LookUnderMasks','on','blocktype','Selector') .The number of paths generated was not equal to the number of blocks showed in my report. So I wanted to know if what I was doing is right or is there another way to get the paths corresponding to the number of the blocks listed by the sldiagnostics function? I have attached the pictures for reference,
The report shows 67 selector blocks are present in the model, 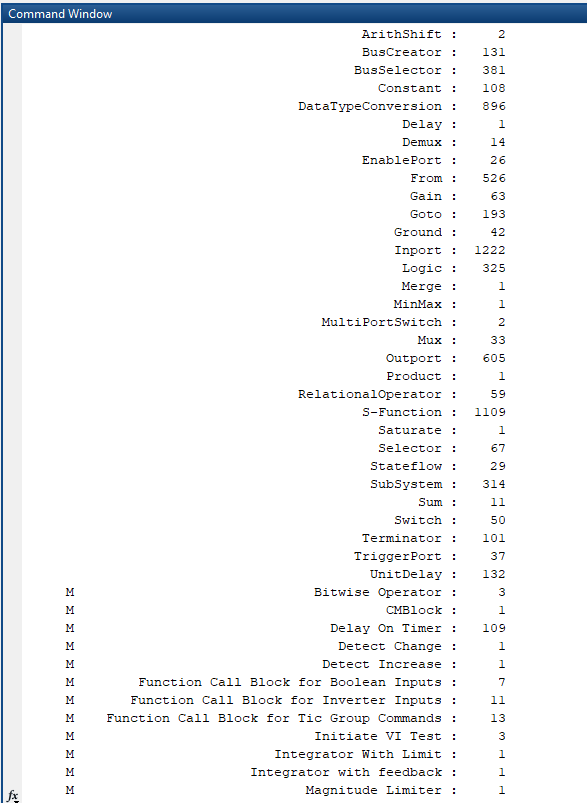 The picture below shows the paths generated for selector block which is just 3x1 cell array.

I wanted to know why is there a difference in the total number of blocks and the number of paths generated for the blocks matching?

⋮
Yes, I figured that out later. Thank you for the clarification again.