Kristin Habersang 2021 年 6 月 25 日
⋮
コメント済み: Walter Roberson 2021 年 6 月 25 日
採用された回答: Nikhil Sapre
Hello, I'm getting error messagges at the end of my GUIDE script and i don't know what i should do.
I didn't change anything, that's just what the program did.
Can someone help me?
Thank you! 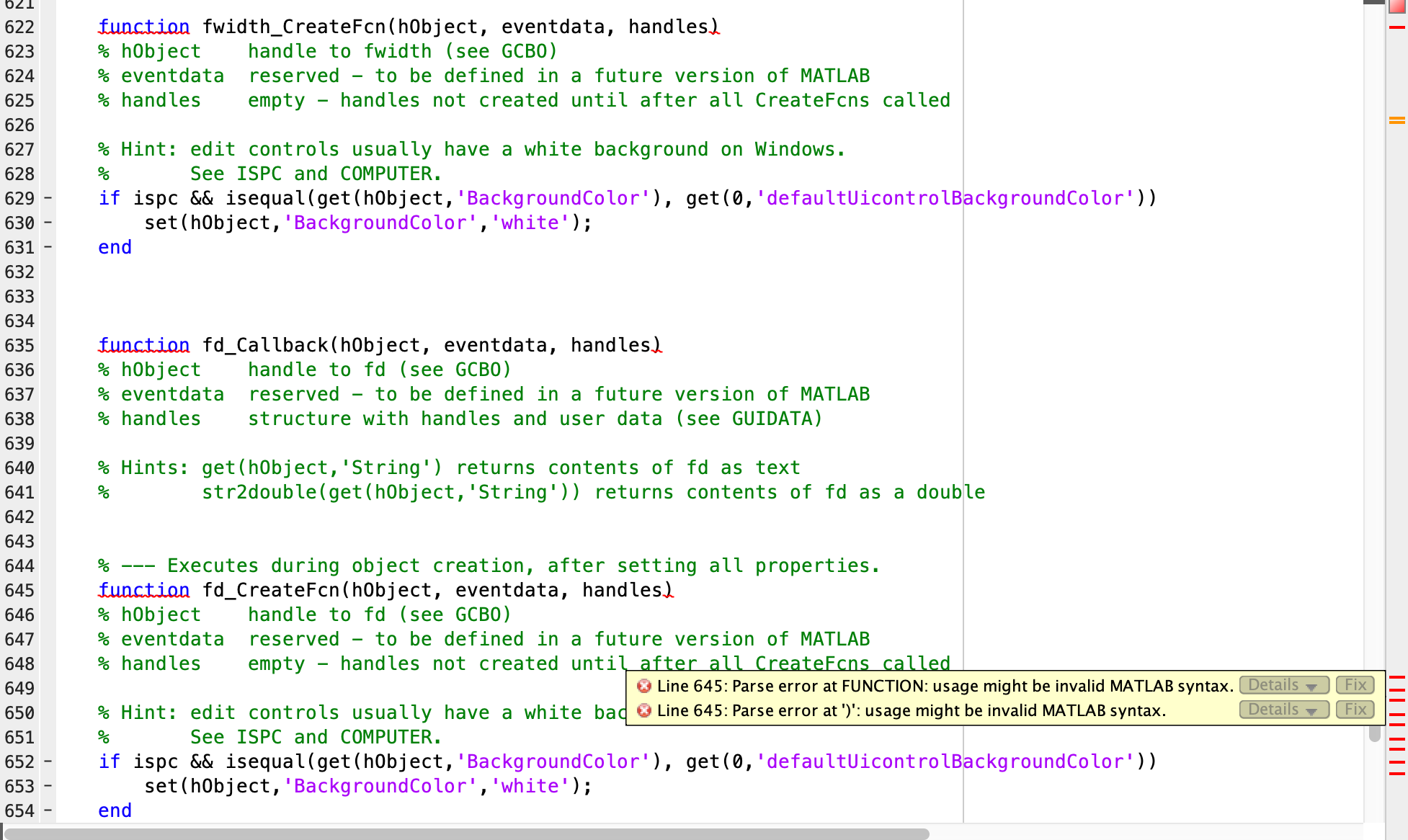 ⋮
There is a red mark near the top. You need to look at that error: it is probably causing the other errors.
I suspect that there is an if without end or [ without ] or something like that.

Nikhil Sapre 2021 年 6 月 25 日
⋮
編集済み: Nikhil Sapre 2021 年 6 月 25 日
Hi Kristin,
Based on the snippet of code you posted, I see that the function blocks don't have an end. Hence the errors.
Here's an example of how a fucntion declaration should look like
function ave = average(x)
ave = sum(x(:))/numel(x);
end
Please refer to the the documentation on how to declare function in MATLAB for more details
Thanks,
Nikhil

⋮
GUIDE has gone through several generations. In most of the generations, it uses functions that do not end with end . That is perfectly acceptable. As the link you posted indicates,
The end keyword is required when:
and GUIDE never uses nested functions and does not generate a script, so end would only be needed if some local function used end .
Does GUIDE generate local functions with end ? Traditionally it did not. I have seen some hints that it might have done so in the very last couple of releases before it was retired... but it is also possible that people had hand-editted the code I was looking at.
Does the user have the situation where an end was used for a local function at some point? I cannot rule that out. However, when that happens, there is a specific error generated about how at least one local function had an end but other ones did not.
Unfortunately my system is quite busy at the moment so I cannot test to be sure exactly what is going on.