Alessandro Stabile 2019 年 1 月 11 日
⋮
回答済み: Steve Miller 2022 年 11 月 30 日
Hello,
I am strugling to understand where the issue is with the attached model of a multibody assembly that represents a hexapod platform with passive struts (only longitudinal springs and no actuators). After doing several checks, I have isolated the problem to be related to the solid body at the top, named "top_platform". My guess is that this is due to some conflict in the frames attached to the platform and the six bodies that connect to it.
The assembly looks as it is supposed to in the mechanics explorer window and also looking at the model report it gives all green lights. The model is an exact replica of an ADAMS model I have created as well (see picture attached). By checking the Analysis ->Simscape-> Statistics Viewer, I have confirmed that the system has 6 mechanism degrees of freedom (as expected).
The issue shows up when I run the linear analysis and I compute the transfer function between a vertical input force at the centre of the top platform with the output forces at the base. I know, both through an analytical model and ADAMS model, that the transfer function of the z-input-z-output should be exactly equivalent to a single-mass-single-spring system with the only resonance being at about 7Hz and constant roll-off slope of -40dB/dec.
The outcome of the Bode diagram with the linear analysis tool in simulink gives a different (and wrong) transfer function in which the curve starts also below 0dB. The system is unstable due to several poles with positive real part, but this should not be the case. I have tried different things without success. I have tried to eliminate the bottom platform and connect the bottom spherical joints directy to the ground. I have tried to separate the six struts at the top and have 6 independent local frames at the 3 vertices of the top platform. I have tried to include weld joints between the top universal joints of each strut and the local frames of the top platform. All these attempts have not produced the desired result.
Can anyone help me out figure out where the mistake/conflict is?
Thank you 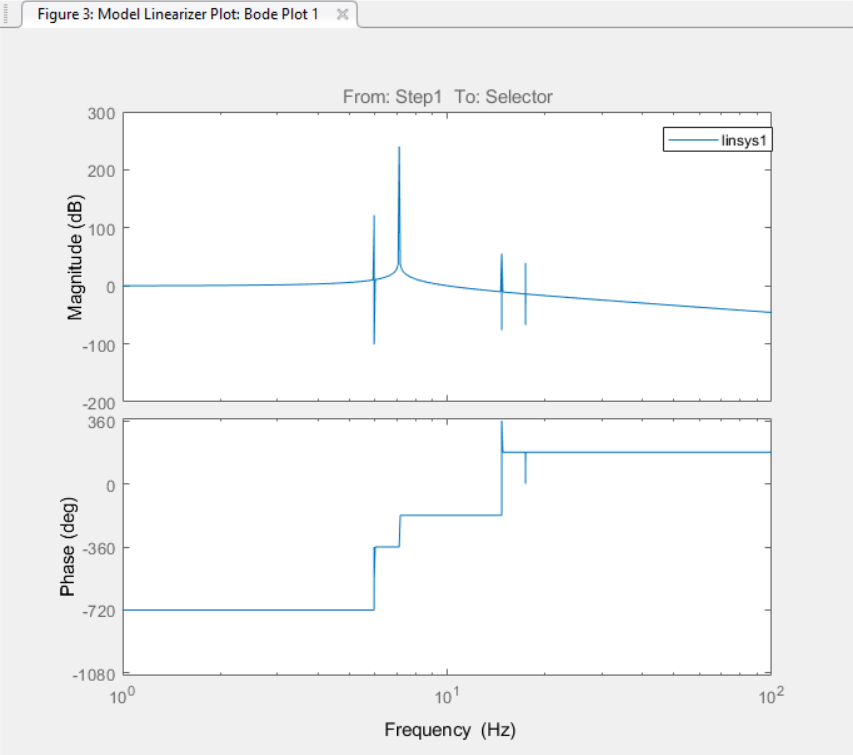 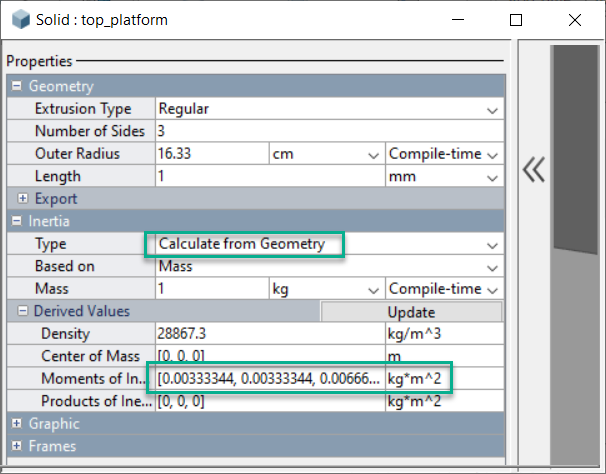