How can I make each iteration of a for each block create a unique random number? 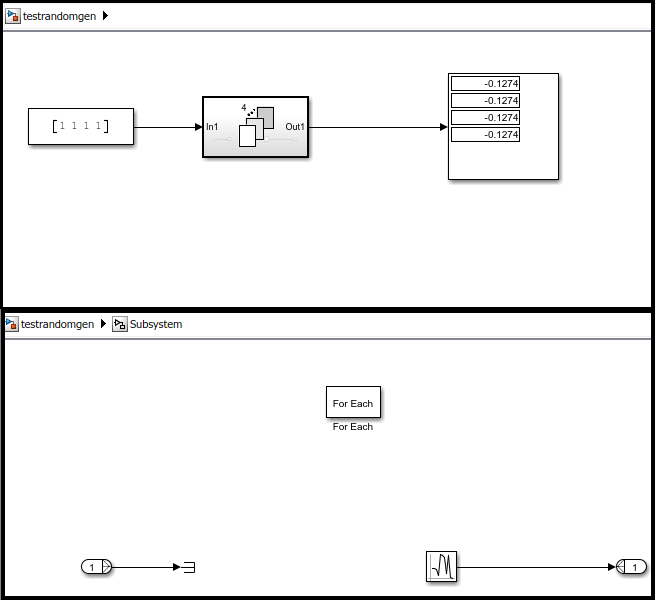 How can I achieve generating unique random numbers for each iteration?
One method I know exists would be to have it outside the for each loop but that is undesirable because:

cr 2022 年 11 月 28 日
⋮
You will have to generate a vector of random numbers outside and pass it as an input. Default partitioning of this vector might not happen the way you need it.

⋮
That was a solution I was hoping to avoid. I wanted to do it internal to the for each block though.

⋮
Not sure if that is possible. The rng blocks spit a number (or a vector of numbers) in sequence for each time step. The iterations inside the foreach block are not individual time steps -just the same time step iterating over each element in the vector signal.