Nicolas 2022 年 10 月 14 日
⋮
コメント済み: Nicolas 2022 年 10 月 17 日
採用された回答: Jeff Miller
Hi, I'm trying to do an one way Anova analysis with blocking and I can't seem to find the function for it. Does it exist?
By blocking I mean to eliminate the effect of the variability of a nuisance factor in my analysis. For example a variability in between batches of raw material or meteorological variability between daily tests. I'm using the theory behind the randomized complete block design (RCBD) to control the variability between each "block" (batches). The normal anova test can't be performed because the RCBD is a restriction on randomization. For now I only test on one factor but I'll have to test it with more than one later.
Thanks!

Jeff Miller 2022 年 10 月 15 日
⋮
You can do this with fitlm as long as you want to test for the effect(s) of interest within a standard linear RCBD model. The hard part will probably be figuring out how to set up dummy variables to represent the levels of the experimental and nuisance factors. It should be no problem to add more factors once you figure out how to do it for the first one. 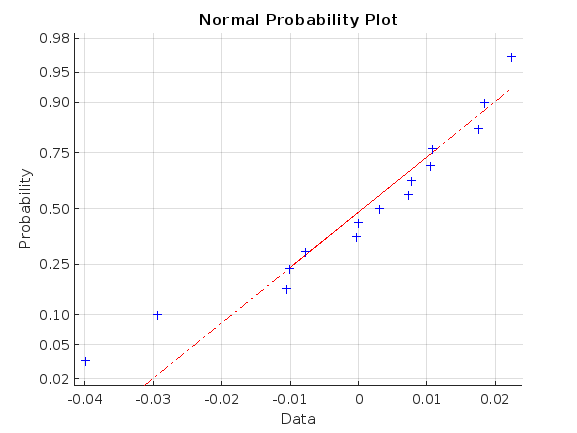 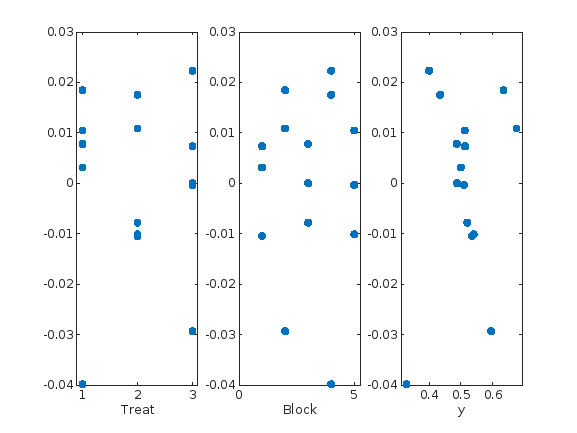 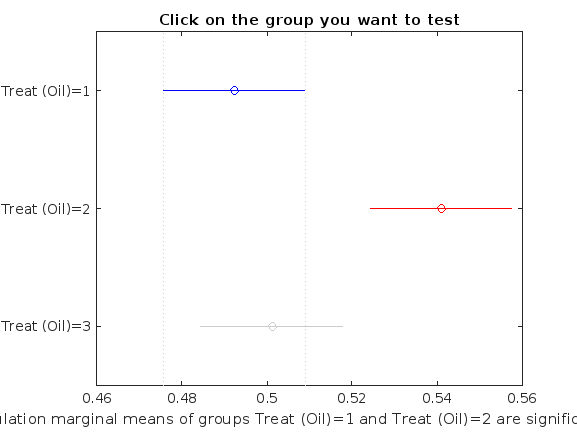