In order to save the generated image (not the plot), I modify the first line of the top.m function by adding "x=" (this returns the pixel data):
function x=top(nelx,nely,volfrac,penal,rmin);
Then, in a separate script file, I run the following code:
x_result=top(30,10,0.5,3.0,1.5)
image=-x_result; % invert the image
% because the values are less than 0 if you save it and read it again you'll see the image corrupted
% so need to scale it to be between 0 to 1
image=(image-min(image,[],'all'))/(max(image,[],'all')-min(image,[],'all'));
%resize image so doesn't look so tiny
image=imresize(image,10);
folder_name='C:\Users\User\Documents\MATLAB\project\test'
name='saved_image'
imwrite(image,fullfile(folder_name,[name '.jpg']));
And, this is the resulting 'saved_image' that I find in my folder:

Why does it look like this (blurry) and not like the plotted image? I've tried saving the plot instead but then this saves the image with a bunch of white space around it (like the image shown below). Mainly, I just want to know why they come out so different - and how do I know which is the "correct" or "accurate" image to save? 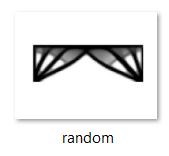 DGM 2022 年 6 月 28 日
⋮
編集済み: DGM 2022 年 6 月 28 日
Ran in:
If you want to retain the crisp edges of the original low-resolution image, you cannot use a continuous interpolant. The default for imresize() is 'bicubic'. Specify 'nearest' in the call to imresize(). You'll get a larger version of the image with the same blocky appearance. Obviously, the scaling factor should be an integer.
Consider the example:
A = imread('cameraman.tif');
A = imcrop(A,[104 49 32 31]);
imshow(A) % low-resolution image 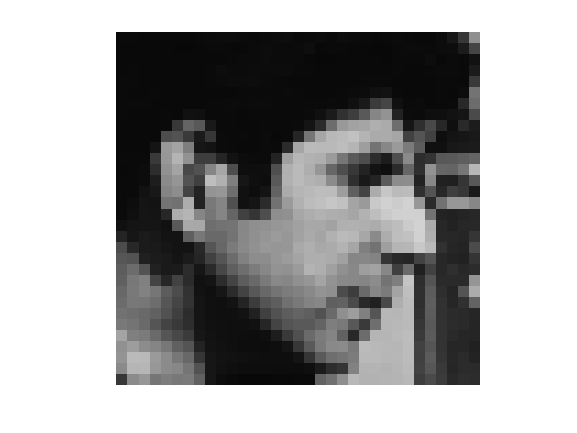 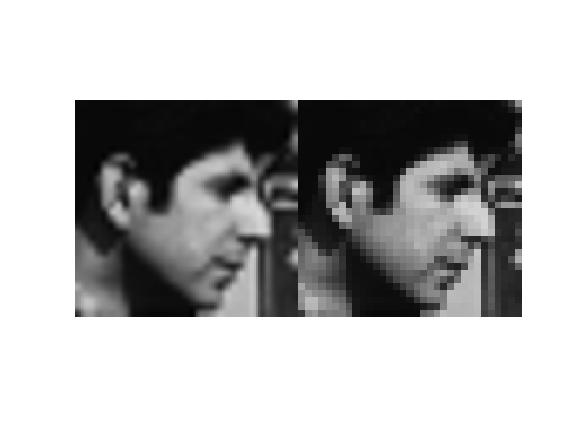 ⋮
Hi, thanks for the help. So, the blocky image (the face on the right) is the lower resolution one? Also, I changed it to .png but it didn't change anything about the image's appearance.

⋮
編集済み: DGM 2022 年 6 月 29 日
The first image is 32x33 (the low resolution original)
Both of the other images are 192x198. Both of the latter images have the same resolution; the only difference is the method of interpolation.
The differences between JPG and PNG are not major contributors to the effect you're seeing, but MATLAB uses relatively low quality (70% iirc) defaults and an unchangeable 4:2:0 chroma subsampling when saving JPG images. For any technical needs where:
using JPG will be counterproductive. It's just a general advice to avoid it unless you're prepared to live with the potential shortcomings.

⋮
I changed it to .png and the output image is the same

⋮
Also what did you mean by "set mode do lossless"?

⋮
there is a name value pair for 'Mode' in imwrite. add 'Mode','lossless' to your call to imwrite
more details in the documentation!
doc imwrite