Why do certain images require imshow(imagename,[]). whereas others don't?

Jonas 2022 年 6 月 27 日
⋮
the answer loes within the variable class. the original inage is uint8 which can have values between 0 and 255, this means imshownautomatically uses 0 to 255 to interpret. by doing calculations on the uint8 without previous conversion from uint8 to double, the resulting pixels for e.g. B are also between 0 and 255, but as double. And double images are nornally in the range between 0 and 1, since most values are greater than 1, the resulting image is white everywhere. you could either tell imshow to use 0 to 255 as borders for the double images manually, or you could could cast be to uint8 ( uint8(B) ), then imshow uses the border automatically.
pay attention, that calculations on images can change the range of you numbers, throwing uints8 outside their normal range as double. there you have to decide, hiw you want to process those values

⋮
Thanks for the explanation. 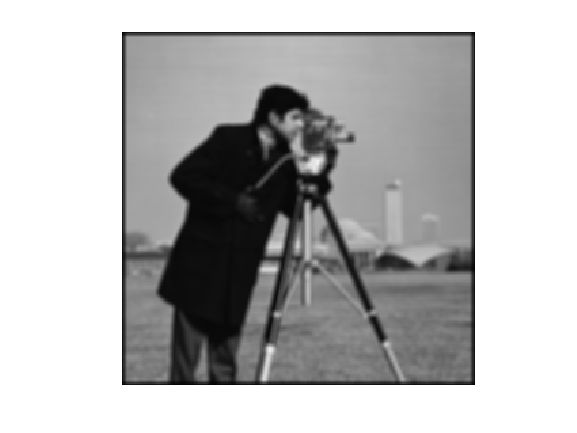