But when I did the same analysis by SPSS,the output was:

So I was very confused with the two different kinds of output. I need to know:
1) What's the corresponding relationship between the data in SPSS' output and the matlab' output on Mauchly's test ?
2) How to use the input argument 'c' in mauchly function of matlab? If I wanted to get the same output of SPSS in matlab,how could I set the argument 'c' ?
3) From the output table of SPSS,I get 3 p value from Mauchly's test and know exactly which source(Factor1,Factor2,or Factor1*Factor2) don't meet the sphericity assumption and find the corresponding P value(P value of main effect or interaction effect) after adjustment in the table "Tests of Within-Subjects Effects".However,I get just one p value from Mauchly's test in matlab.How could I know which P value was adjusted in the table output by the function 'ranova'?That is to say,I need to know which data(p value of main effect or interaction effect) was adjusted when the result of Mauchly's test was significant in matlab?
I will be very appreciated for your answers. Thank your!

⋮
Hi , Thanks for your answer very much! I have done "mauchly(R,c)" as you said.But I got a 4X4matrix

⋮
Look at the output from the ranova command. I suspect you will find four within-subject tests included. It may be that the first two are just univariate tests so there is no issue of sphericity for them.

When I opened the output argument 'c' of the ranova as you said, I saw a cell: 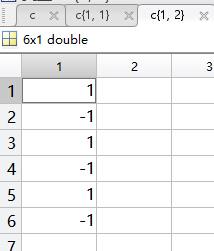 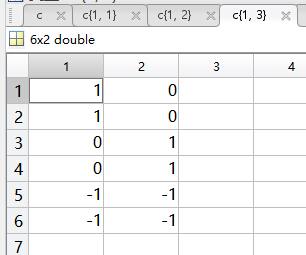 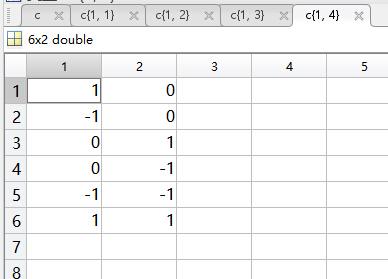