This example shows how to explore the predictions of a semantic segmentation network using Grad-CAM.

A semantic segmentation network classifies every pixel in an image, resulting in an image that is segmented by class. You can use Grad-CAM, a deep learning visualization technique, to see which regions of the image are important for the pixel classification decision.

This example uses the CamVid data set [1] from the University of Cambridge for training. This data set is a collection of images containing street-level views obtained while driving. The data set provides pixel-level labels for 32 semantic classes, including car, pedestrian, and road.

The data set contains 32 classes. To make training easier, reduce the number of classes to 11 by grouping multiple classes from the original data set together. For example, create a "Car" class that combines the "Car", "SUVPickupTruck", "Truck_Bus", "Train", and "OtherMoving" classes from the original data set. Return the grouped label IDs by using the supporting function camvidPixelLabelIDs, which is listed at the end of this example.

Use the classes and label IDs to create a pixelLabelDatastore.

The trained semantic segmentation network predicts the label of each pixel within an image. You can test the network by predicting the pixel labels of an image.

Use the semanticseg function to predict the pixel labels of the image by using the trained semantic segmentation network.

You can see that the network labels the parts of the image fairly accurately. The network does misclassify some areas, for example, the road to the left of the intersection, which is partially misclassified as pavement.

Deep networks are complex, so understanding how a network determines a particular prediction is difficult. You can use Grad-CAM to see which areas of the test image the semantic segmentation network is using to make its pixel classifications.

Grad-CAM computes the gradient of a differentiable output, such as class score, with respect to the convolutional features in a chosen layer. Grad-CAM is typically used for image classification tasks [2]; however, it can also be extended to semantic segmentation problems [3].

is the number of pixels, is the feature map of interest, and corresponds to a scalar class score. For a simple image classification problem, is the softmax score for the class of interest. For semantic segmentation, you can obtain by reducing the pixel-wise class scores for the class of interest to a scalar. For example, sum over the spatial dimensions of the softmax layer: , where is the pixels in the output layer of a semantic segmentation network [3]. In this example, the output layer is the softmax layer before the pixel classification layer. The map highlights areas that influence the decision for class . Higher values indicate regions of the image that are important for the pixel classification decision.

Specify a feature layer. Typically this is a ReLU layer which takes the output of a convolutional layer at the end of the network.

Compute the Grad-CAM map for the road and pavement classes.

Compare the Grad-CAM map for the two classes to the semantic segmentation map.

The Grad-CAM map resembles the semantic segmentation map when you use a layer near the end of the network for the computation. You can also use Grad-CAM to investigate intermediate layers in the trained network. Earlier layers have a small receptive field size and learn small, low-level features compared to the layers at the end of the network.

Compute the Grad-CAM map for layers that are successively deeper in the network.

Investigate the network classification decisions for the car, road, and pavement classes. For each layer and class, compute the Grad-CAM map.

Display the Grad-CAM maps for each layer and each class. The rows represent the map for each layer, with the layers ordered from those early in the network to those at the end of the network.

The later layers produce maps very similar to the segmentation map. However, the layers earlier in the network produce more abstract results and are typically more concerned with lower level features like edges, with less awareness of semantic classes. For example, in the maps for earlier layers, you can see that for both car and road classes, the traffic light is highlighted. This suggests that the earlier layers focus on areas of the image that are related to the class but do not necessarily belong to it. For example, a traffic light is likely to appear near to a road, so the network might be using this information to predict which pixels are roads. You can also see that for the pavement class, the earlier layers are highly focused on the edge, suggesting this feature is important to the network when detecting which pixels are in the pavement class. 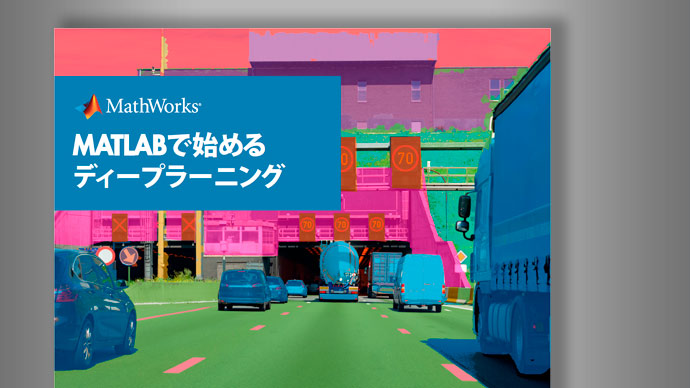