How to select using indices from cell array?

Leonardo Wayne 2016 年 4 月 4 日
⋮
I have a cell array called raw, and I want MATLAB to prompt an input dialog to select one cell only from a certain column called ID in the cell array and then when that ID is selected. A cell is auto-selected in the 19th column called Part number Details. This has to be done using the cell indices.
See attached image. Notice that I have only screen-captured the columns that I am interested in the cell array. Also notice that Parts number Details columns has only one cell that is not empty [], that's just an example, those cells will have these possibilities: all empty, all filled, some filled or some empty it doesn't matter. 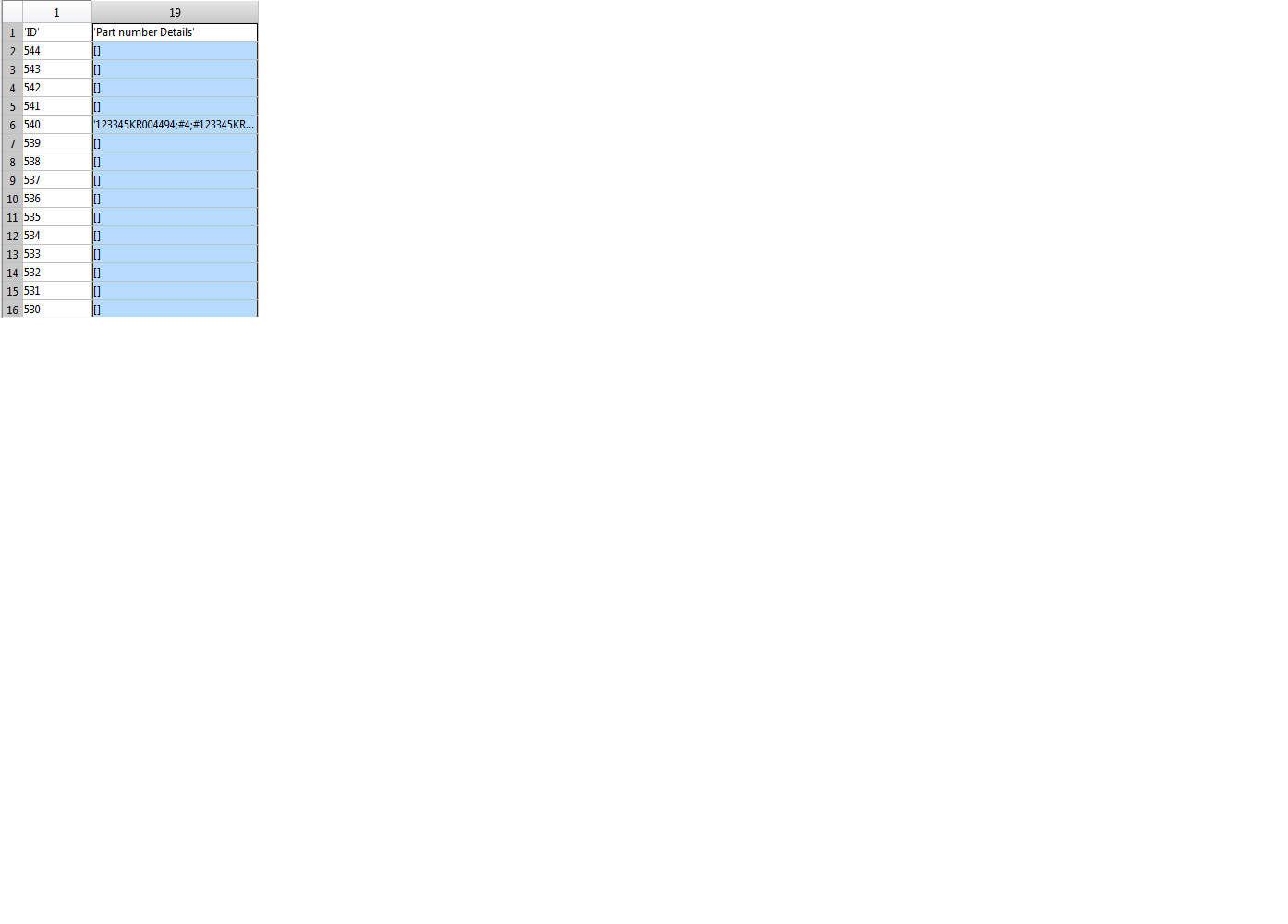