Why I get "Fcn Block has a syntax error"? 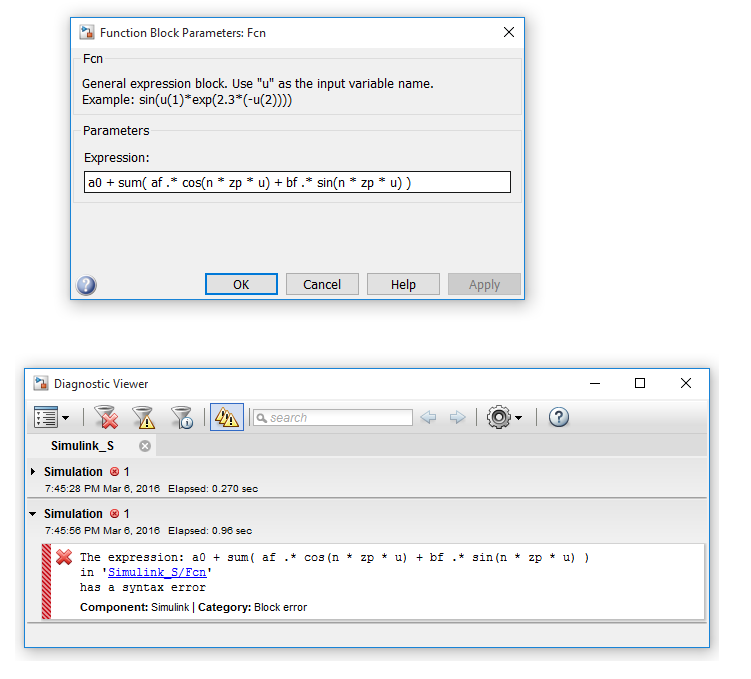 Walter Roberson 2016 年 3 月 7 日
⋮
編集済み: Walter Roberson 2016 年 3 月 7 日
I do not see anything obvious. You could try retyping it again without any spaces just in case there is an extra blank that I am overlooking. I suspect that will not help.
However, you appear to be using an Interpreted MATLAB Block. Interpreted MATLAB Blocks can only have a single input, and so only a single variable name. There does not appear to be any way for the code to know where to retrieve a0, af, bf, n, or p. If you want to use multiple inputs, even if the inputs are constants, then you need to use a MATLAB Function Block (formerly known as an Embedded Function Block).
There is a possibility that you might be able to code something like
evalin('base', 'a0') + evalin('base', 'af') .* cos(evalin('base', n') * ..... etc
I do not know if it would be able to recognize that code or not. If it did, then the constants would have to be in the base workspace similar to if you had been using a From Workspace block.
My guess is that Interpreted MATLAB Blocks can only refer to one variable in their code. 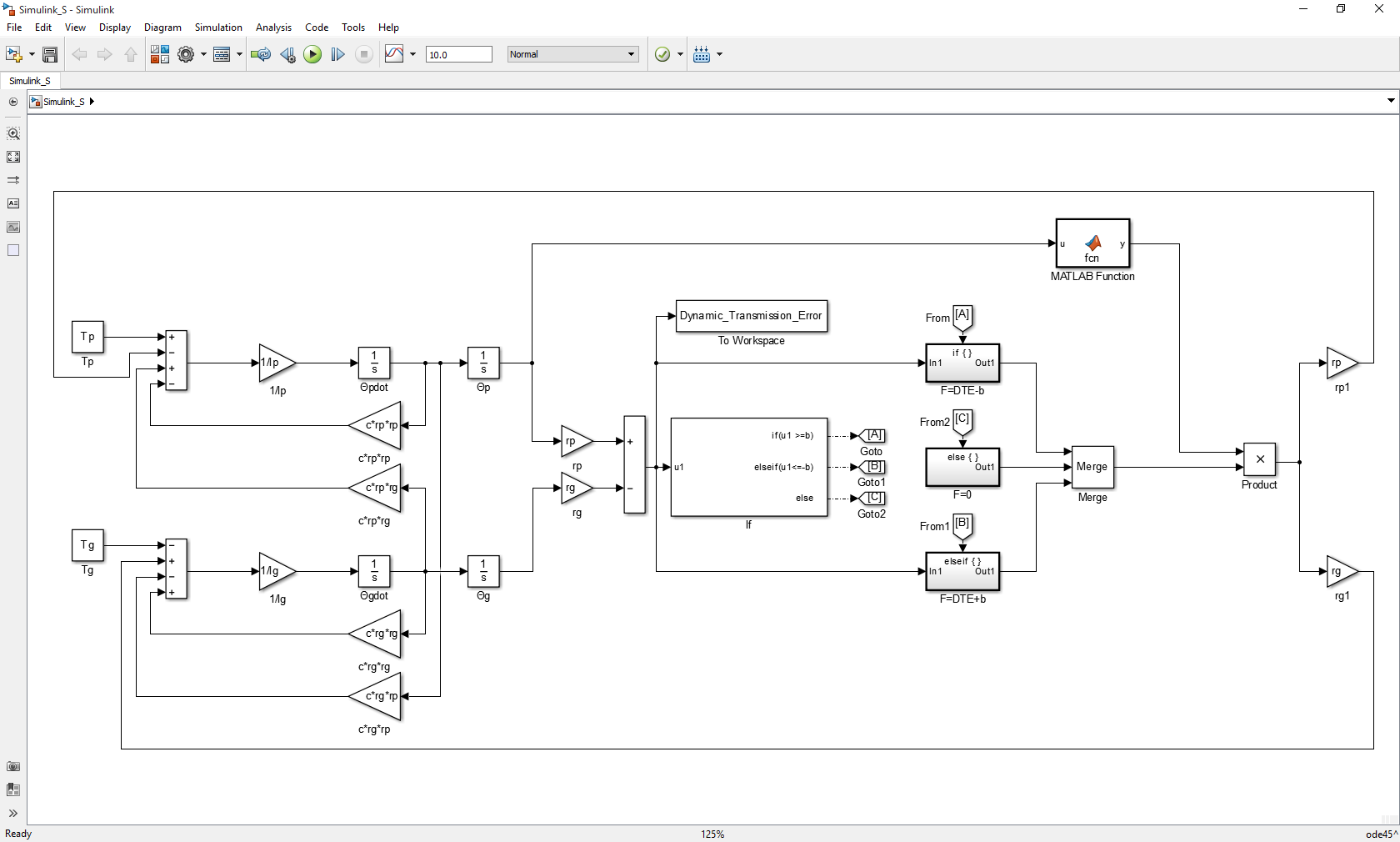 ⋮
About slprj: see http://www.mathworks.com/matlabcentral/answers/90318-how-can-i-stop-my-simulink-model-from-generating-slprj-folder-and-mex-files
To bring in values for a0, af and so on for a MATLAB Function Block, add input ports to the block and bring in the values from somewhere appropriate. Perhaps from a Constant Block.