From the series: Design of Networked Wireless Transceivers

Prototyping on an FPGA-based Software-Defined Radio (SDR) helps wireless system engineers verify and optimize their system architecture, baseband signal processing algorithms, and system control protocols before the hardware team delivers the first silicon implementation. In some cases, the SDR prototype can be used directly in the end product.

MathWorks® provides tools to convert Simulink® system models to FPGA-based SDR prototypes using automatic HDL code generation. In this video, we use a realistic wireless network model to demonstrate the procedure for rapidly converting the Simulink model to an SDR prototype and measuring the real network throughputs with over-the-air testing.

The SDR prototype consists of three SDR Zynq radio boards. Two of them act as radio network nodes, and one as a monitor. The monitor measures the over-the-air RF signals and calculates the throughput for each network node. MathWorks products (version 2017b or later) used in this prototype are Communications System Toolbox™, DSP System Toolbox™, Stateflow, and HDL Coder™. 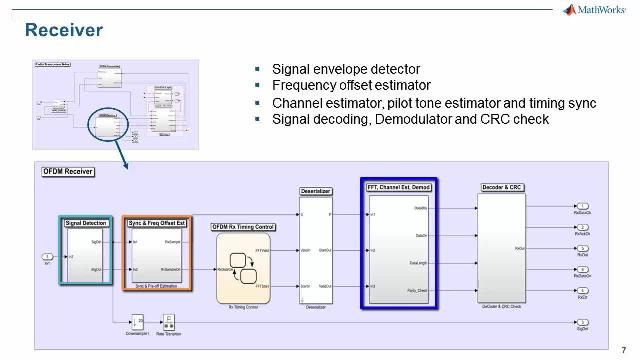