Concepts of plant modeling with Simscape™ and the physical network approach are explored in this training session. Using a battery model, you’ll learn how to build and simulate a model in Simscape, and how to model differences between Simulink® and Simscape.

This training is applicable for both the combustion and electric engine Formula Student teams. The concepts can be applied to many other domains such as mechanical, hydraulic, and thermal modeling.

MathWorks offers a suite of physical modeling products built on top of Simscape for specialized modeling of multidomain physical systems. For example, Simscape Driveline™ can be used to model longitudinal dynamics of vehicles, SimMechanics™, 3D mechanical systems, and more. You can create your model using the physical network method which doesn’t require deriving system level equations. In Simscape, the model is built using physical blocks so it looks more like the diagram.

In summary, this video covers the differences between Simulink and Simscape and how to best use Simscape for your Formula Student projects. We’d like thank the Virginia Tech Formula Student team for providing data about their vehicle, motors, engines, and batteries to use in this training.

Note: all files in the video referenced with the ">>" symbols are available to download from this page. Many of the tips and tricks referenced in the video are mentioned in the documentation below: 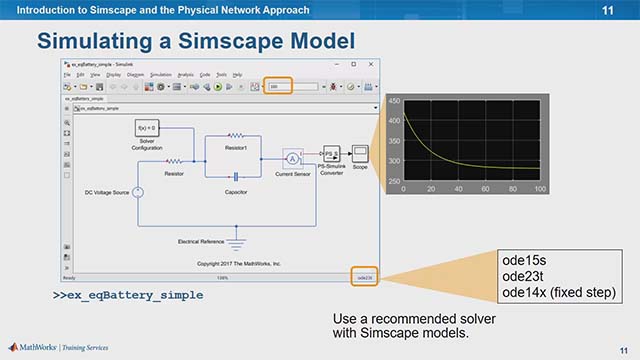 Part 1: Introduction to Simscape Concepts of plant modeling with Simscape and the physical network approach are explored in this training session. Using a battery model, you’ll learn how to build and simulate a model in Simscape.

Part 3: Introduction to Vehicle Modeling An overview of vehicle modeling including how to model vehicle bodies, tires, brakes, and how to incorporate wind and terrain effects. This training is applicable for both combustion and electric engine student competition teams.

Part 6: Introduction to Multibody Simulation Discover the concept of multibody modeling with SimMechanics. SimMechanics extends Simscape with the ability to easily model rigid body mechanical systems in 2D and 3D.

Part 7: Building Components There are several ways to create assembly components in SimMechanics. We'll show you how to create simple geometries, extruded and revolved solids, and compound bodies. The components of a suspension system are used as an example.

Modeling a Powertrain in Simscape in a Modular Vehicle...

MathWorks Training - Invest In Your Success

Run a Simulink Model on Zynq: Introduction and Requirements... 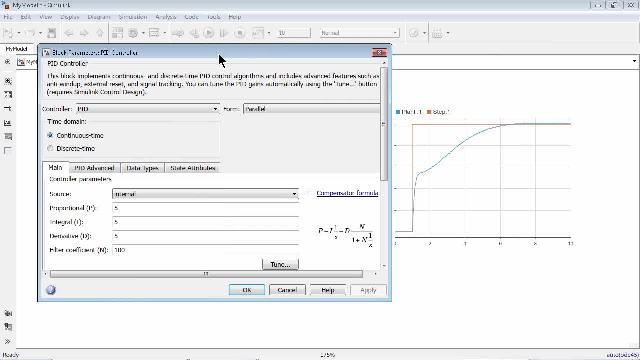 Introduction to Simulink for MATLAB Users

Modeling and Simulation of a Sidewall Coring Tool