To interactively control a Ryze® Tello Drone connected to your computer running MATLAB®, MathWorks® provides a MATLAB app - Ryze Tello Navigator. This app helps you to: 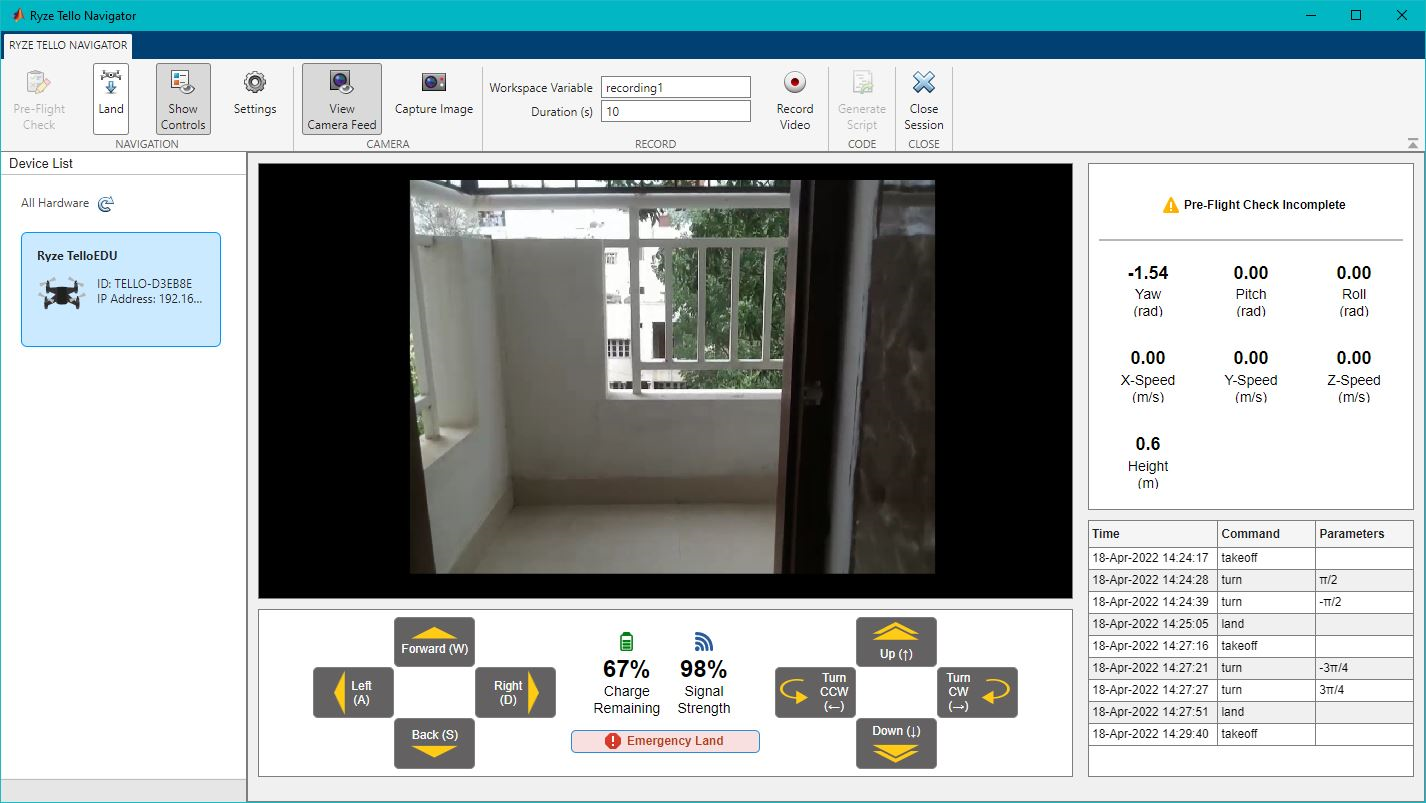 Ensure that the drone that appears in the Device List is the one that you would like to control using the app. If the drone is not listed, perform Setup and Configuration again.

Note: Before initiating the take-off of the drone, consider the general safety precautions. If you sense any damage that can occur to the drone and the surroundings during the take-off or while performing manual navigation control (as mentioned in the subsequent steps), you can click Emergency Land. Clicking this button triggers an emergency shutdown of the drone’s motors causing it to fall to the ground from the current height (for Tello EDU drones) or forces the drone to land vertically from its current position (for Tello drones).

You can change the navigation settings that the drone uses each time you trigger movement along a particular direction. Click Settings to open the Setup Navigation dialog box, and specify the distance, angle, and speed values using the sliders. If you want to restore the default values (Navigation Distance: 0.2m, Turn Angle: π/2, Navigation speed: 0.4m/s), click Restore Defaults in the dialog box. 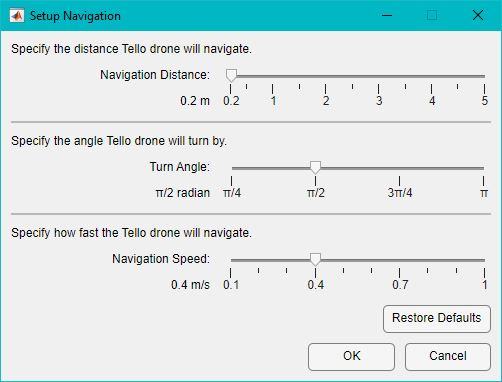 The app also displays the live navigation data (as captured by the drone's sensors) and also the log of the commands that you triggered using the navigation buttons or keyboard keys. This information appears on the right side panel. 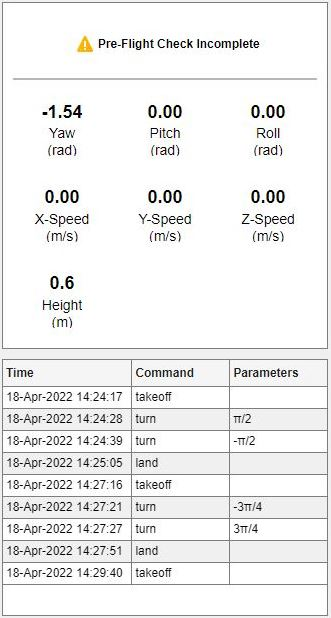 Ryze Tello Navigator helps you to capture images and record video as seen through the Ryze Tello drone’s FPV camera.

Generate Script for the Navigation

Ryze Tello Navigator helps you to generate a Live Editor script of the navigation that you performed. You can use this script to define the initial setup and flight path of the drone and then add custom algorithms for performing additional workflows.

To do this, click Generate Script after you successfully land the drone.

The license for is available in the LICENSE.TXT file in this GitHub repository.