Nicolas Kruse 2022 年 12 月 1 日
⋮
コメント済み: Jenson 2023 年 1 月 31 日 9:48
In both the 'property inspector' and 'app designer' I run into similar issues, namely a "not enough input arguments" error when trying to utilise any of the ui elements in said applications.
The image below is the result of simply 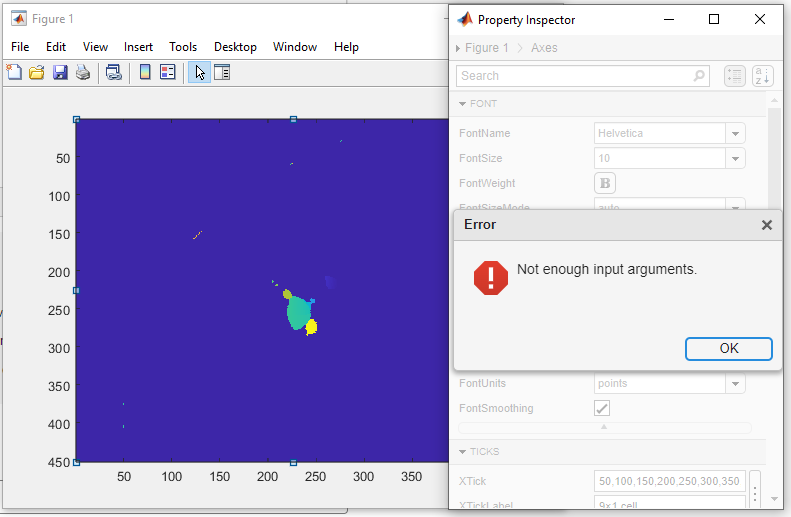 In the app designer, a similar problem appears. The image below is the result of following the official getting started video from Mathworks 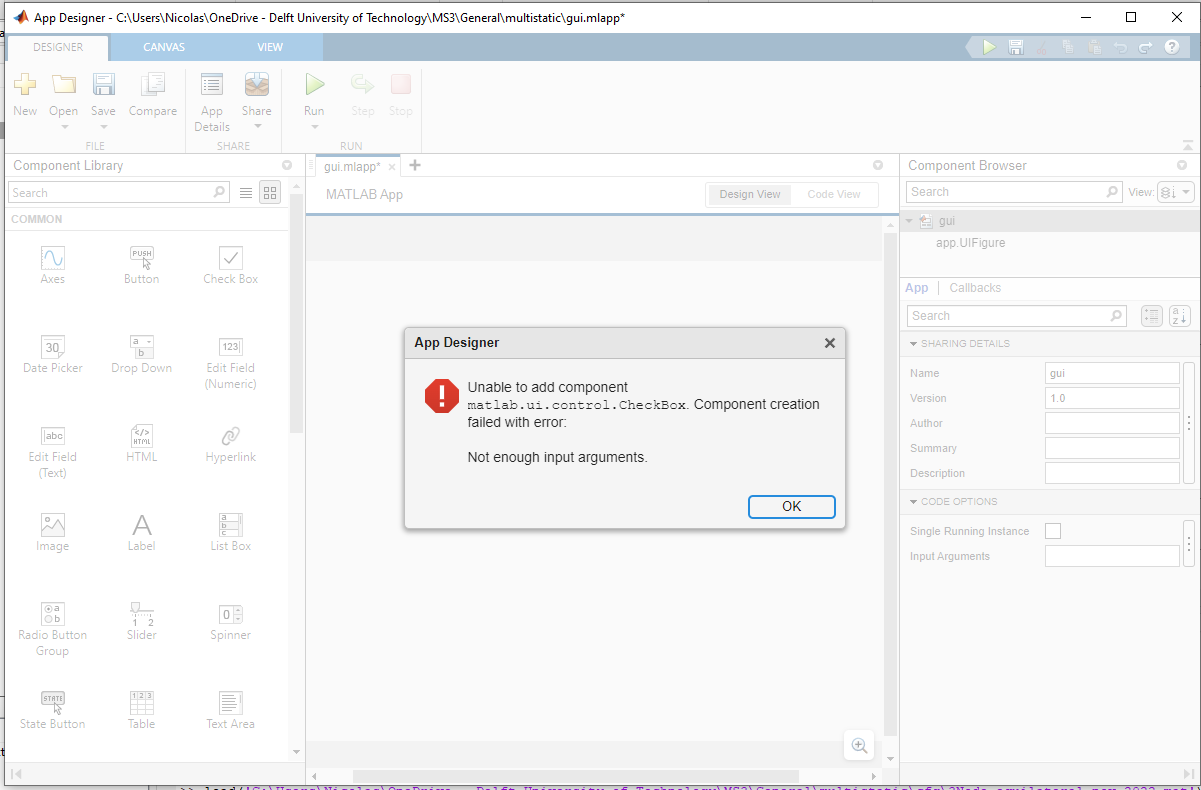 These errors occur both on my work PC and my home laptop, both on the same license but with no other marked similarity.
I'm curious if anyone has run into similar problems and knows a solution. Thank you.

Gokul Nath S J 2022 年 12 月 6 日
⋮
Hi Nicolas Kruse,
I assume you are using MATLAB in windows operating system, both in your office and at home. I suggest you to try the following workaround.
Kindly open MATLAB with the administrator credentials and try replicating all the steps that you mentioned above.
Also, please refer to the following link related to app designer.
https://in.mathworks.com/matlabcentral/answers/744017-error-not-enough-input-arguments

⋮
Dear Gokul,
Many thanks for your reply. I ran MATLAB as admin and the problem persisted. Additional attempts include:
Regarding the link you shared, I came across that one earlier when troubleshooting but the person in question has an input argument problem with a specific part of their app, whereas the problem I encounter is an input argument error that happens whenever I click any ui element in the app designer.
I'm really stumped by the nature of this bug, none of my colleagues encounter it, nor is there any trace of somenone online with a similar problem, and the error pop-up is not descriptive enough for me to trace the problem.

⋮
編集済み: Nicolas Kruse 2022 年 12 月 13 日
Dear Gokul,
plot(1)
in the command line, then go to view-->property inspector, and then try to change anything, e.g. the default font of Helvetica to something else, and the error pops up as in the first image in my original post.
I'm curious if there is any more debug information I can get aside from the nondescriptive 'Not enough input arguments'. Does Matlab keep an error log somewhere?
Thanks again for your help in this matter.

⋮
Hi Gokul,
I have the identical issue with Nicolas has. Is there's a solution yet? It seems only happens on my laptop. Unfortunately it's a company laptop, i can't run it with Admin due to IT rule. However, my colleagues don't see the same issue.
Best,
Jenson