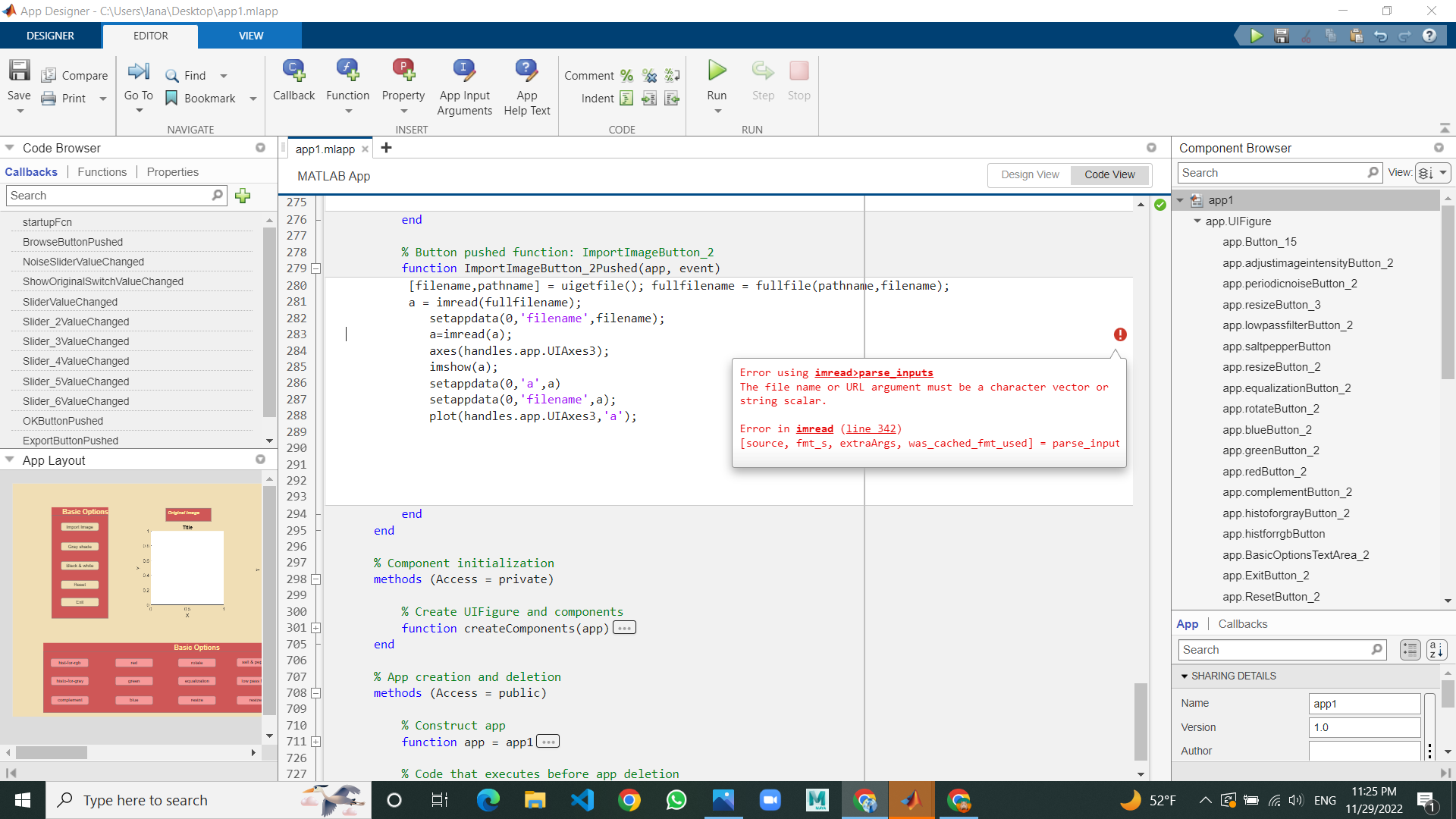 Image Analyst 2022 年 11 月 29 日
⋮
This is a perfect example of how using short, single letter variable names instead of longer more descriptive filenames can lead to unintended errors. If it had code like this:
rgbImage = imread(fullFileName);
then later on you would realize
rgbImage = imread(rgbImage); % Bad!
would not be correct since you would realize that imread() wants a string (filename), not a uint8 image array, as an input.