I'm unable to understand from matlab documentation as im not good at basics ,so please say the explanation of the syntaxes that I enter below in simple words for exam viva.

Image Analyst 2022 年 5 月 16 日
⋮
This code was written by someone who doesn't know what they are doing and are very inexperienced in image processing. I recommend you don't look to them anymore for good coding or algorithms. Nonetheless, I've added comments.
a=size(img);
% Get a set of threshold to segment this image.
thresh=multithresh(img,7);
% Resize the image. Cut its size down by half.
Iresize1=imresize(A,0.5,'bilinear');
% The next two lines are useless for several reasons.
[I256,map256]=gray2ind(A,256);
B= imcomplement(A);
% Stretch the contrast. Again, most likely unnecessary.
C=imadjust(A,[],[],1);
% Convert to double so we can do math on it and retain precision.
F=im2double(A);
% Transform the image by taking the natural log of it.
L1=1*log(1+F);
% Set any pixels with a value less than 1 to zero, probably to compress the
% range and ignore any -infinity values.
% Will throw an error because J is not defined.
J(abs(J)<1)=0;
% Do a locally adaptive contrast stretch so that image looks good everywhere.
% Then throw away or ignore G.
G=adapthisteq(I,'clipLimit',0.1,'distribution','rayleigh');
% Do a histogram equalization. Another totally useless thing they're doing.
% Also will throw an error because (the badly-named) I was never defined.
L=histeq(I);
% Binarize the function into foreground and background.
% Also will throw an error because level and b were never defined.
BW=im2bw(b,level);
% Compute the Euclidean Distance transform which is an image where the
% pixel value is the distance to the edge of the nearest blob.
% Useless because y is never used, and x is not defined and will throw an
% error.
y=bwdist(x);
% Get an RGB image where every blob has a different color.
% Store the RGB image in the badly named i, which is normally sqrt(-1).
% Will throw an error because the labeled image, the badly-named l,
% was never defined, like with bwlabel().
i=label2rgb(l,'copper','w');

⋮
Sir it is not a coding of single program, I just picked up the syntax from each of the program and entered here

⋮
OK, so did I answer your question?

⋮
Please format it properly so I can read it. Or you can use the paperclip icon to attach the m-file. It looks like it's finding multiple thresholds for an image and using the highest one to get a mask of just the brightest regions.
Since the original question was answered, can you please "Accept this answer"?

⋮
Did you read my last comment? Have one line of code per line. Highlight the code and click the code icon.

⋮
Hello. How long do you think it will take to attach 'brain.jpg'?
I'll check back in an hour or two. In the meantime, please, please start adding in comments yourself. I'll add in the missing ones or expand on the ones you did add. 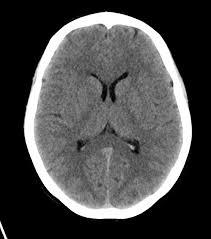 ⋮
What is the question? Did you try to add comments? Who wrote this? You? If so you should know what each line of code does.

⋮
If it came from the syllabus for your course, then ask your professor. If you're going to teach a course and want to include this code in the syllabus, then you should already know what it does. Why else would you include it? Why don't you start by adding comments in, in front of every line of code. For example rename im to something more descriptive, like blockImage or something. I really don't know what this code does but it seems like it creates a new image with uniform blocks of gray levels, like you could get much easier with blockproc

⋮
In addition to @Image Analyst's suggestion, I suggest you start with the free MATLAB Onramp tutorial (https://www.mathworks.com/support/learn-with-matlab-tutorials.html) to quickly learn the essentials of MATLAB.
This should give you a foundation (the "basics" as you phrased it) so you can focus on understanding more specifics around what individual functions do and how they are combined to solve problems.