Jan 2021 年 12 月 21 日
⋮
コメント済み: Cris LaPierre 2021 年 12 月 23 日
A few weeks ago the Submit button in this forum stopped to work for me in about 50% of the cases. Then I copy my answer or comment, reload the page, paste my answer an then submitting works. (Windows 10, Firefox)
During the reload I must wait until all elements are loaded. If I press the "Answer" or "Comment" button too early, I cannot paste my message and have to reaload the page again.

⋮
I have similar issues, but very rarely (only part of the editor would load).
I'm not very aggressive in blocking scripts and cookies on this site, which might be why I see very few issues.

⋮
I've had similar issues nearly consistently for at least 2 months. The submit button does nothing and I must reload the page, paste my content, and then submit it. The workaround described by WR is how I've been handling it but it's a PITA.

⋮
I've had various similar issues for as long as I've been active on the forum (about 10 months).
● submit button simply grays out for a while and then returns to normal color (no screenshot)
● submit button gives error saying that the post body is empty when it's not 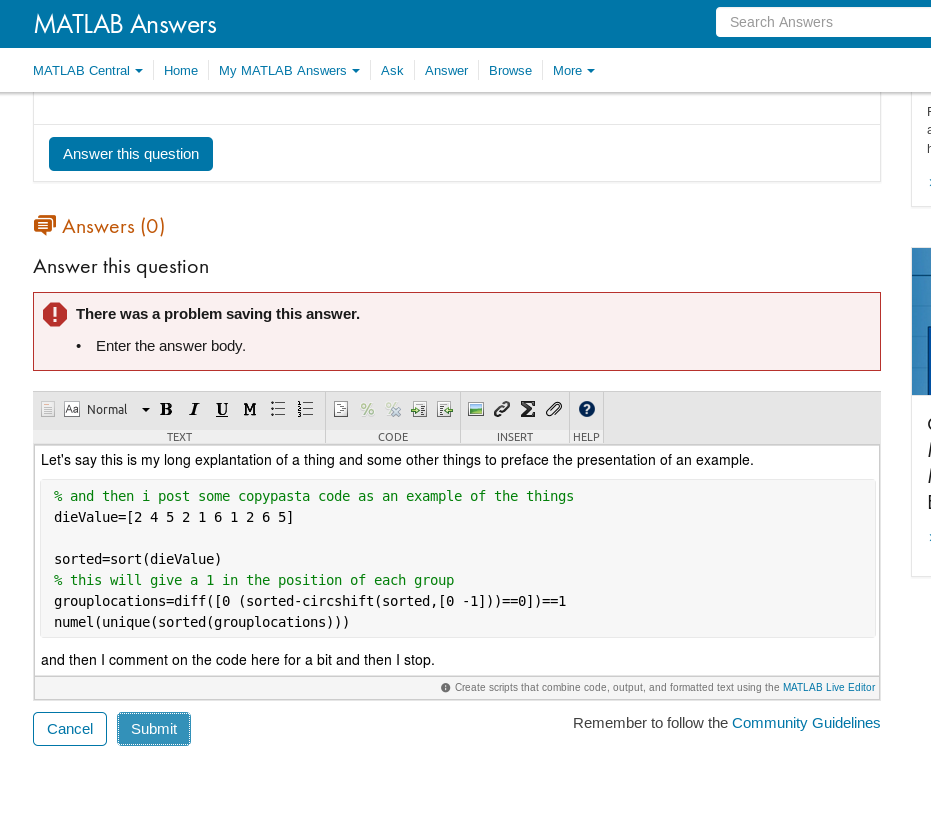 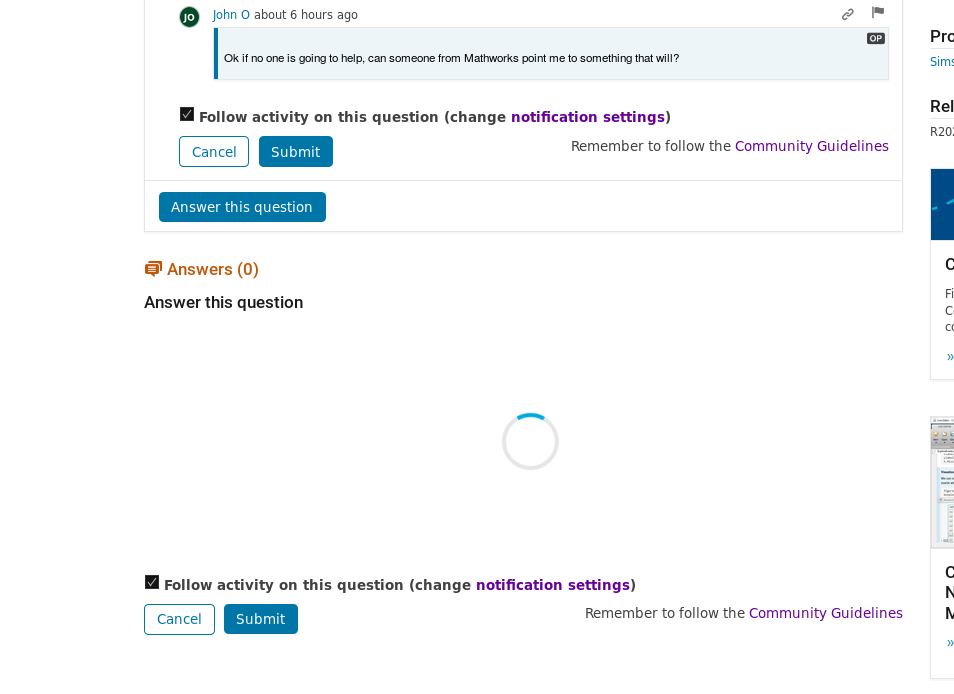 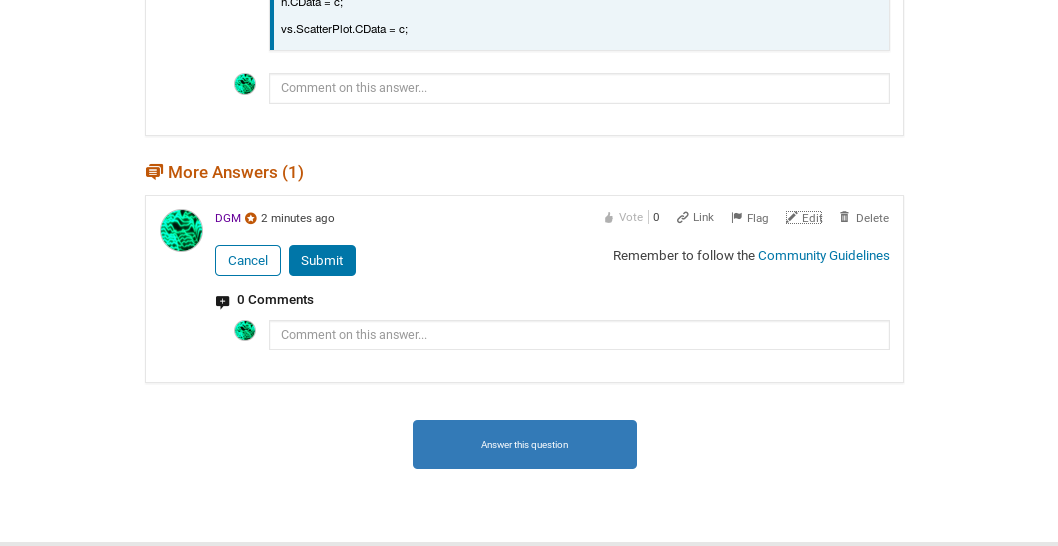 ● editor opens, but can't type or paste in it (no screenshot)
Usually, I just reload the page. This risk of losing formatting, attachments, and images is one of the reasons I make so many incremental edits.
The frequency of these sorts of things seems to increase on slow connections. It's like there are issues with scripts timing out or depending on a lack of UI interaction before certain tasks are performed (basically a race condition between the scripts and the user), but that's just an uneducated guess on my part. Below about 200-300kbps, the editor simply doesn't load anymore (either infinite spinner or just submit/cancel buttons without an editor).
FWIW, I'm running no adblockers, scriptblockers, or userstyles/scripts on this site. I use recent versions or Firefox. I haven't tried Chrome, and I don't intend to. I used to use other Mozilla-derived browsers, but a few months ago, something changed and the editor simply never loads anymore.

⋮
@DGM: I'm using NoScript. Whenever I had problems, it was my first idea to disable it, but as long as mathworks.com is allowed, this blocker was not the problem in any case.
But the "Dark Background and Light Text" add-on in FireFox collides with this forum, while the "Dark Reader" is working in FireFox and Brave.

⋮
I normally use PaleMoon with dark userstyles and I bludgeon the web with as much ad/script/element blocking as I can get away with to debloat and declutter frequently-used pages.
Attempts to run ad/script blocking on the site would routinely wind up with me having to log out and purge cookies & cache to stop the "empty post body" error described above. A few months ago, something changed and the editor simply stopped loading (a webcomponents support issue?). Since then, I've been using a virgin Firefox profile for the forum alone, and treating the site like a carton of eggs.
I haven't bothered trying to make a userstyle that works with the editor correctly. If DarkReader works, maybe I'll give that a whirl. On the bright (ha ha) side, at least I don't have cataracts anymore, so the site style at least isn't blinding.

Walter Roberson 2021 年 12 月 21 日
⋮
As far as we can tell, the failure of the Submit button occurs if you display another Question before you Submit the current one. Only the Question you most recently displayed may be submitted for. This has been reported to Mathworks.
The workaround is what you found, copy, refresh, paste, submit.

⋮
Thanks your this useful answer.
It would be useful to have a "Known bugs" page, such that not all users have to search for a solution by their own. In the past I had difficulties caused by the OS, the browser, a darkmode add-on for FireFox and the network speed, but in most cases a strange behaviour was caused by the server. It is time-consuming for users to test, if the problem is on the client or server side.
I think, it is more efficient, if such a thread containing known bugs is created and updated by MathWorks, not by a user like me. Most likely if alink to this thread is provided at a prominent location (together with the FAQ, Terms of Use und Guidelines of the forum), the traffic caused by bug reports is reduced.

⋮
Thanks for this hint. I'll try it.

⋮
Be sure to clear your browser cache and cookies so the new settings take effect.